An unofficial fan site dedicated to Vital, an upcoming synth by Matt Tytel - the maker of Helm.

If you're looking for leaked info, then you've come to the wrong place.
This is just a collection of the best publicly released info from Discord, Twitter, YouTube, and the official website. 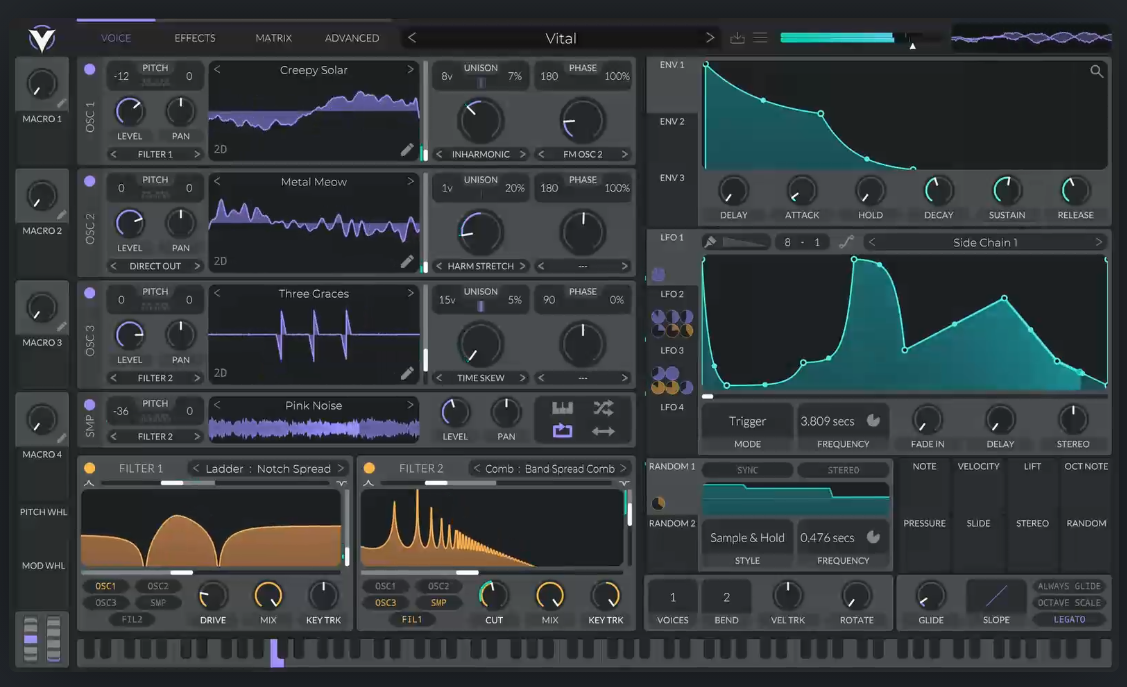 Beta is closed! Go buy the synth on November 24 at vital.audio

Apparently Vital is much different than what's shown here (Nov 2019), but still worth watching for a glimpse at the work in progress.